Profit is not an emergency, say landowners to FERC:

Like WWALS and Sierra Club, GBA Associates point out the pipeline has been shut down much of the past six weeks. Like Sierra Club, the landowners cite federal law that requires at least thirty days after an Environmental Impact Statement (EIS) before issuing certificates, referring to the so-called Final Supplemental Environmental Impact Statement (FSEIS) FERC filed yesterday after the WWALS motion to deny the Applicants’ cry of wolf. 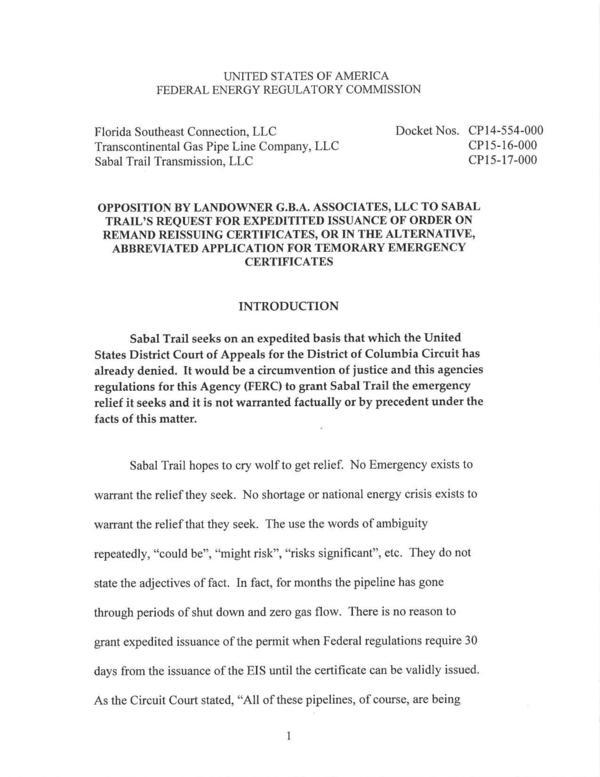 Less than two weeks ago, Sabal Trail partner and thus Applicant for the so-called “emergency” relief, Spectra Energy’s new owner Enbridge Energy of Alberta, Canada, told its shareholders and the public in a Quarterly Earnings Call that Enbridge is “the leading developer and operator of wind, solar, and battery storage projects.” While praising solar and wind power at length, that Earnings Call mentioned Sabal Trail only once, yet managed to contradict the public record twice in that one sentence.