On the Alapahoochee River, a short distance upstream from Sasser Landing on the Alapaha River, is something you may not expect to see in north Florida: a waterfall, sometimes a few feet drop, sometimes tall enough to shower under. See also map and points.

The picture on the right is from the 15 February 2015 WWALS outing from Statenville to Sasser Landing, when the Statenville gauge read 10 feet and the Jennings gauge read 69.75 feet. A picture by Deanna Mericle from that outing is featured on the map side of the Alapaha River Water Trail Brochure.

Returning with new folks 14 June 2015, the levels were Statenville 2.25 feet and Jennings 62.45 feet. That’s more than seven feet difference on each gauge. The Alapahoochee River, not directly receiving water from the Alapaha River, naturally doesn’t track either of those gauges exactly, but you can see in the pictures that the waterfall appears almost seven feet taller. 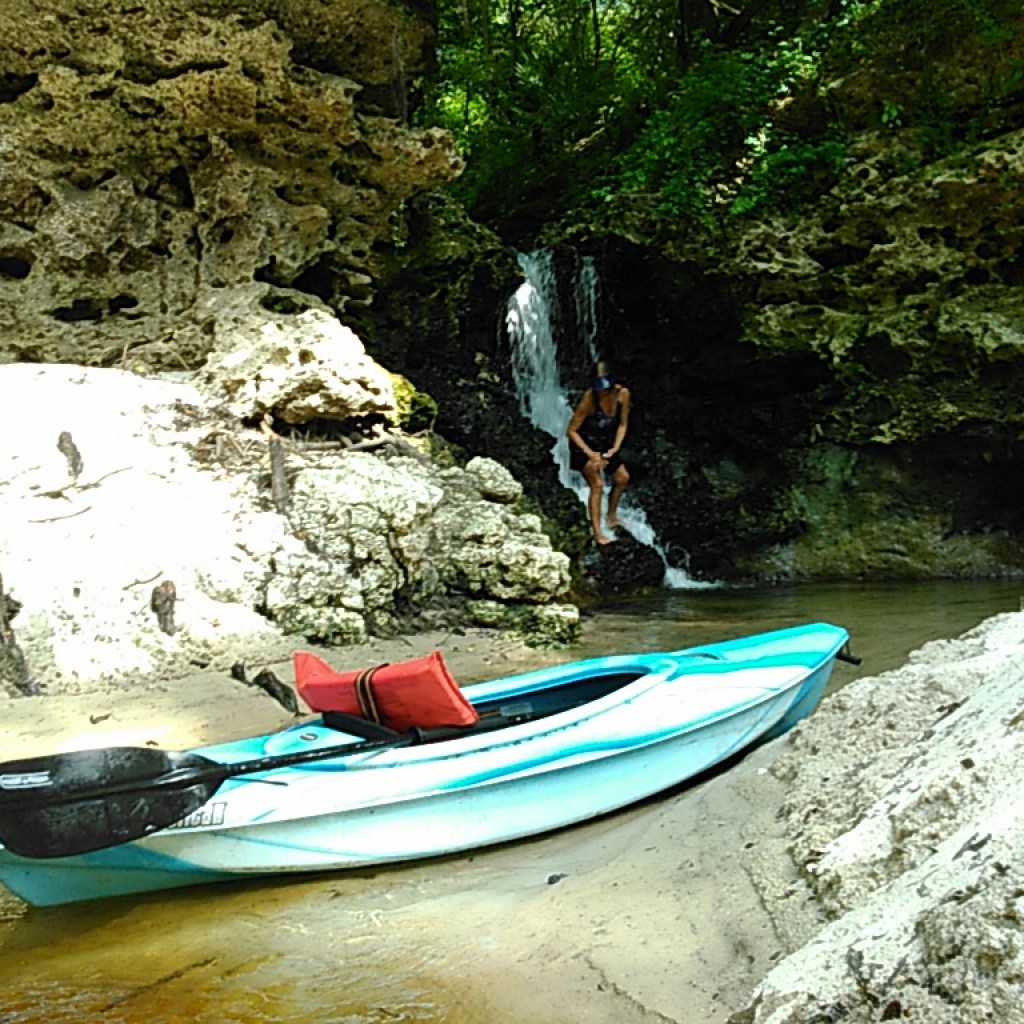 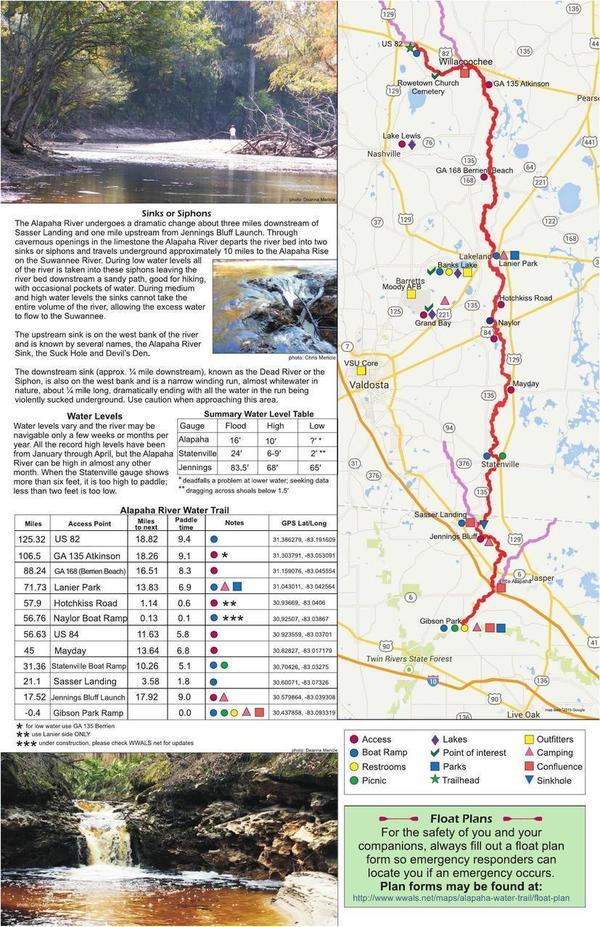