Great video by Georgia River Network asking you to help save the Okefenokee Swamp from a proposed strip mine: 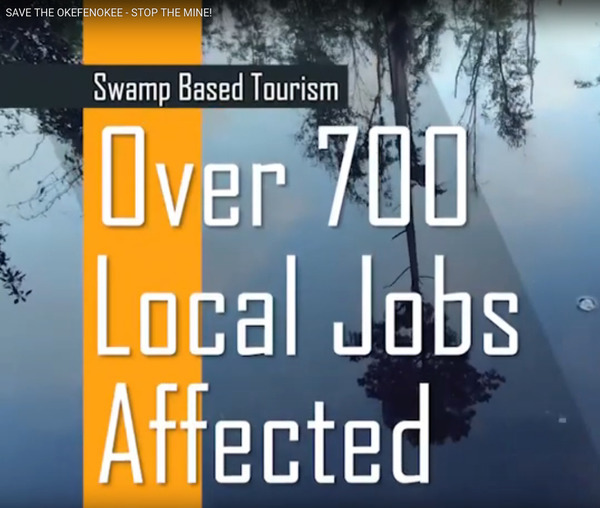 
Video: Save the Okefenokee; Stop the Mine!
Video by Georgia River Network, thanks to GRN E.D. Rena Peck Stricker.

How is the mysterious Vickers Branch south of Hahira related to the Hahira Land Application Site? What is that creek the rest of that LAS is on? And what does all this have to do with Lowndes County’s new IMPAIRED WATERS MONITORING AND IMPLEMENTATION PLAN? Why do we care about all this for the Withlacoochee and Little River Water Trail?

About six weeks ago, the bridge on Old US 41 North just south of Hahira broke and Lowndes County fixed it. Revealing that nobody knew a name for it. Except Phillip Williams, who says, “Some maps show it as Vickers Branch. The Vickers family were the ones who owned most of the land in the area back in the 1800s.” 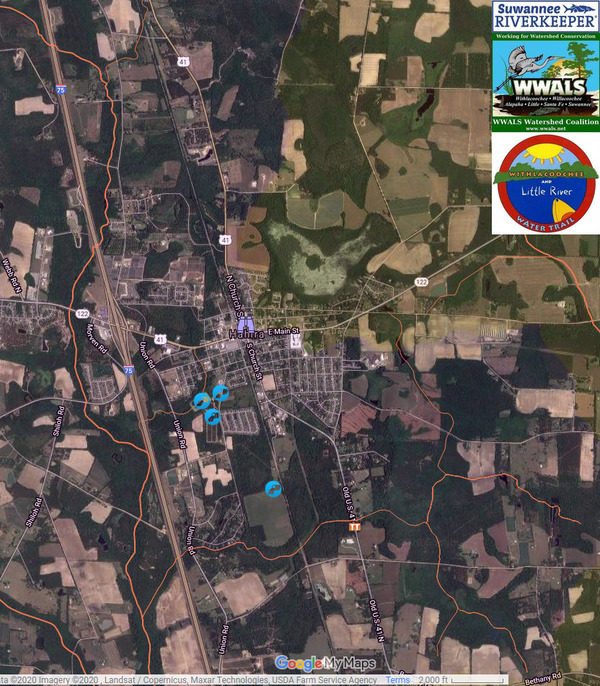 The Vickers Branch Bridge marker south of Hahira looks slightly too far south, but it’s where google street view and aerials show the bridge. It seems that the USGS stream trace I used in this map is not quite right. 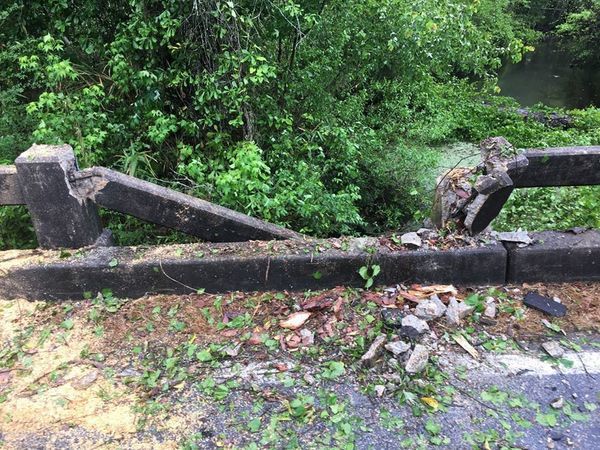 Upstream of that Vickers Branch US 41 bridge, several branches or runs that drain quite an area. I have named them after END_OF_DOCUMENT_TOKEN_TO_BE_REPLACED