‘“I commend EPD for doing an order that’s better than I expected, better than a lot of people expected” [Suwannee Riverkeeper John S.] Quarterman said. “There’s still room for improvement.”’ 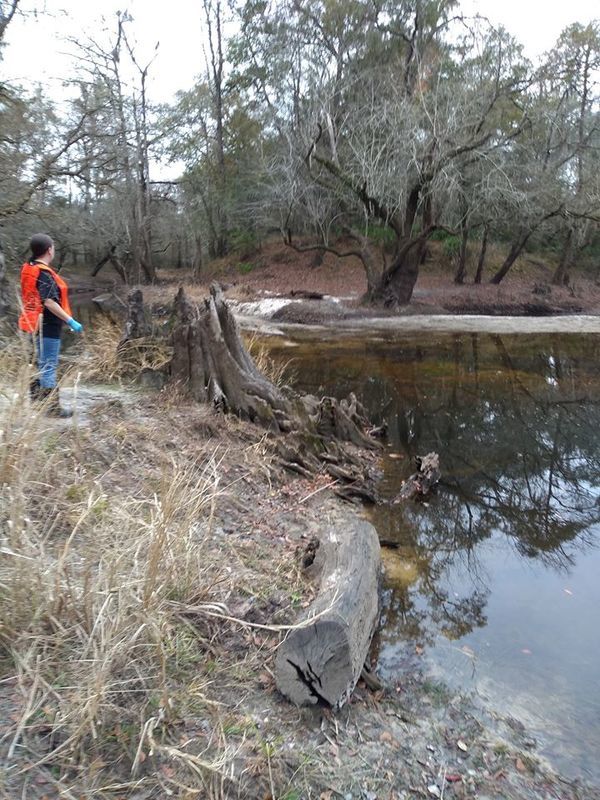 Sara Jones with the Suwannee Riverkeeper prepares to test the water at the Withlacoochee River following a December sewage spill. A Georgia Environmental Protection Division consent order calls for the city of Valdosta to pay a $122,000 fine for sewage spills and permit violations. Scotti Jones

The city of Valdosta is facing a $122,000 fine for spilling raw sewage into a creek that flows into a south Georgia river that runs downstream into Florida’s Suwannee River and eventually into the Gulf of Mexico.

The proposed settlement with the state’s Environmental Protection Division is for spills and permit violations dating back from April 2014 through December, most recently 7.5 million gallons released in the waterway that the city blames on a contractor. Environmentalists posted the latest consent order and say it should be a wakeup call for the city to better manage its wastewater system to prevent water contamination along the Withlacoochee River and other streams.

Along with the fine, the order also calls for the city to update its wastewater treatment procedures, provide weekly stream monitoring reports and notify the public of spills more promptly.

The city takes responsibility for the spill and taxpayers will pay the fine from the system’s late fees and reconnection fees, Barber said.

“Much of the EPD consent order is what we were already doing before, like inflow and infiltration, keeping stormwater out of our sewers,” he said.

The city invested more than $100 million into its water system in recent years, including building a new Withlacoochee Wastewater Treatment Plant that opened in 2016.

That’s great, and we all thank Valdosta for working to fix its problems. But the spills continue. And the most recent one was with no rain and when nothing broke. It was, as numerous people pointed out, including Rick Davis, Chair of the dozen-county Florida Task Force, a lack of oversight. 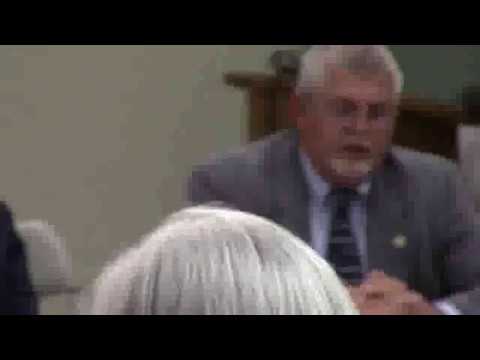 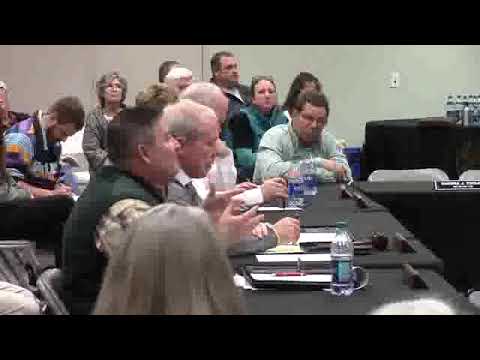 Yet he revealed that Valdosta’s Standard Operating Procedures (SOP) didn’t even include inspecting the lift stations daily.

When I asked how to get the SOP, City Manager Barber said I should ask EPD.

So I did. I got from GA-EPD the full previous Consent Order (much longer than the abbreviated version on Valdosta’s website), including SOP for responding to sewage spills. I also asked Valdosta, and got SOPs for the Mud Creek and Withlacoochee Wastewater Treatment Plants.

So I asked again, and got SOPs for the two Force Main Pump Stations, including the Remer Lane Pump Station that the contractor left offline in December 2019, but those SOPs are all labelled “Version 1: Dec 2019.” Is that early December before the big spill, or late December afterwards? And on the second ask to GA-EPD, they said they had nothing responsive about the pump stations. Which would seem to indicate there were no Valdosta pump station SOPs when the big December spill occured. 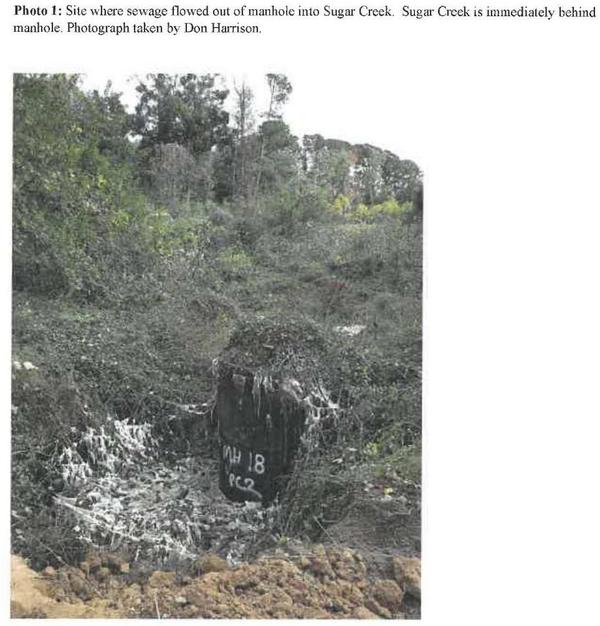 Photo 1: Site where sewage flowed out of manhole into Sugar Creek.

However that may be, the new Consent Order directs Valdosta to create such SOPs. That’s a good thing.

Shame it took a Consent Order and a fine, but now maybe Valdosta will grow some oversight.

To comply with the order, Valdosta must continue monitoring and testing of the Withlacoochee River all the way to the Florida state line three times a week; establish a communication procedure for sewage spills where Valdosta must continue to notify EPD within 24 hours of a spill and after the agency has acknowledged the city report, alerting North Florida and South Georgia agencies; and any spill reports must be published on Valdosta’s website along with EPD’s website within 24 hours of the results becoming available.

For links to all public Georgia and Florida public test results on the Withlacoochee, Suwannee, and Alapaha Rivers, see wwals.net/issues/testing/.

Plus, as the VDT story notes, Valdosta is going to do (is already doing?) DNA testing once a month downstream all the way to the state line.

Those are all good things. However, people downstream will notice some of their requests did not make it into the Order.

When the original Consent Order of 2013 was issued, GA-EPD said they received no comments. Let’s not let that happen this time.

Please send your comments to GA-EPD at the address above.