Hahira, Georgia, April 23, 2020 — “What better way to say they don’t care, than to do this on Earth Day?” said Suwannee Riverkeeper John S. Quarterman, “The Federal Energy Regulatory Commission (FERC) broke out its rubberstamp during a virus pandemic, ignoring its own process, as well as all the comments and our motion against, to approve turning on two compressor stations, including one in Albany, Georgia, which is the Georgia city worst-affected by the virus, and another at a site near Dunnellon, Florida, which already leaked multiple times even before construction started.” 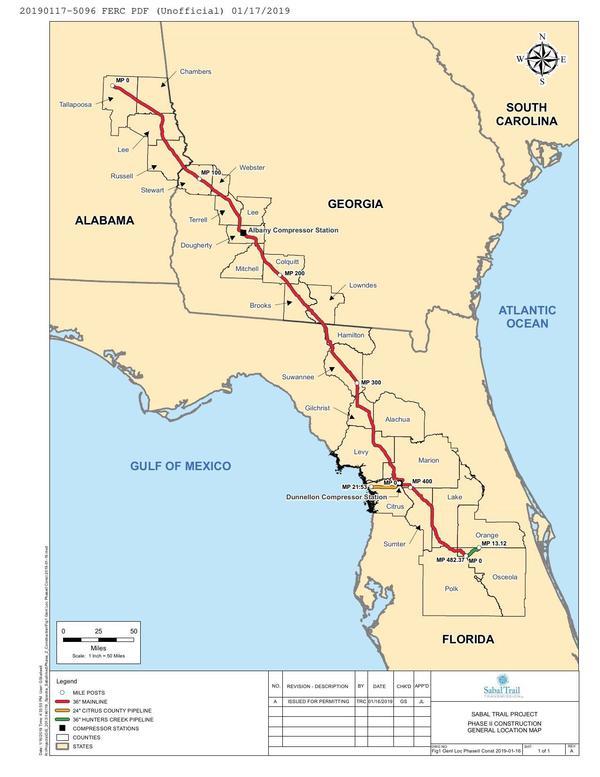 Methane from fracking is not more important to push through a Sabal Trail pipeline than the health of local people or even Sabal Trail’s own workers. 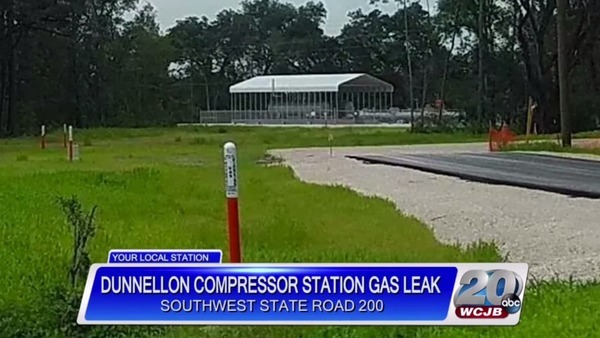 Quarterman added, “With the price of oil negative and “natural” gas down 40%, it’s time to ask investors if they want to go down with the fossil fuel ship of fools and time to ask politicians if they want this to be their legacy.”

Only four weeks before the FERC approval letter, FERC opened a comment period on a request by Sabal Trail for six more months to finish these same facilities, in which Sabal Trail cited the virus pandemic as a reason. Contradicting its own request, and during that two-week period, Sabal Trail asked FERC to go ahead and approve turning on both compressor stations, which must involve Sabal Trail workers working during pandemic conditions.

FERC did not even mention that WWALS Watershed Coalition (WWALS) had moved to deny, nor any of the numerous other comments against turning on the compressor stations.

For that comment period, FERC required organizations to file again to be Intervenors, and only organizations that were already Intervenors on the process of the underlying FERC docket could do that. The only one to do that was Suwannee Riverkeeper for WWALS (see PDF). WWALS also filed a motion to halt Sabal Trail’s Phase II (which is mostly these two compressor stations), to deny Sabal Trail’s request to turn the compressor stations on, and to invoke penalties for already being two years late (see PDF). WWALS reasons to deny included repeated previous leaks at the Dunnellon Compressor Station of hazardous Mercaptan odorant, as well as leaks of methane at the Hildreth Compressor Station in Suwannee County, Florida, plus sinkholes at the Flint River near the Albany Compressor Station, the virus pandemic, and Sabal Trail gas going to private profit through Liquid Natural Gas (LNG) export, making a mockery of local landowners having to give up easements through federal eminent domain supposedly for the public good of the United States.

WWALS also noted that the only “justification” for Sabal Trail was alleged “market need,” and there was none any more, since oil and gas prices had dropped through the floor. Since then, oil prices actually went negative for the first time in history, and natural gas prices are down more than 40% from only six months ago.

FERC did not address the concerns raised by Our Santa Fe River (OSFR) about leaks, breach of commitment, and endangering commmunities (see PDF):

Over the last several years leaks have gone unreported for substantial periods, one of which, at the Hildreth Compressor Station in 2018, directly affects our basin. There have been reports of unprofessional attempts to conceal leaks in the Dunnellon area as well as spills and road destruction near the Hildreth Compressor Station, and there is no telling how many successfully concealed issues have arisen.

Further, Sabal Trail “demonstrated” domestic need to justify eminent domain powers and now has secured connection with export facilities, not only breaching their commitment in securing eminent domain utilization but also further endangering communities adjacent to the pipeline terminus beyond the foreseeable future.

Our Santa Fe River, Inc. firmly believes that is long past time for FERC to discontinue Phase II and terminate the ill-conceived and dangerous Sabal Trail project immediately.

FERC did not even mention the excellent comment about the Albany compressor station as an environmental justice community by Sierra Club signed by Elly Benson, nor that comment’s request to deny, nor Sierra Club’s demand for a Supplemental Environmental Impact Statement (SEIS; see PDF).

Yesterday’s FERC decision is just more of its long record of overruling anything but profit for pipelines.

On March 26, 2020, in a request hidden under “Supplemental Information”, another of the three parts of the Southeast Markets PipelineProject (SMPP), Transcontinental Gas Pipe Line Company (Transco)’s Hillabee Expansion Project through Alabama, asked FERC to approve its Phase II (see PDF). 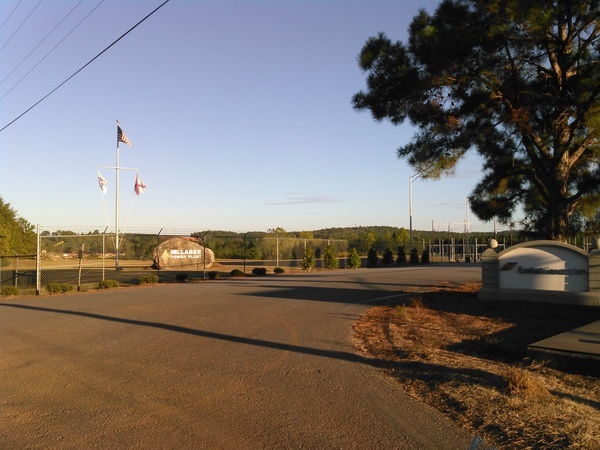 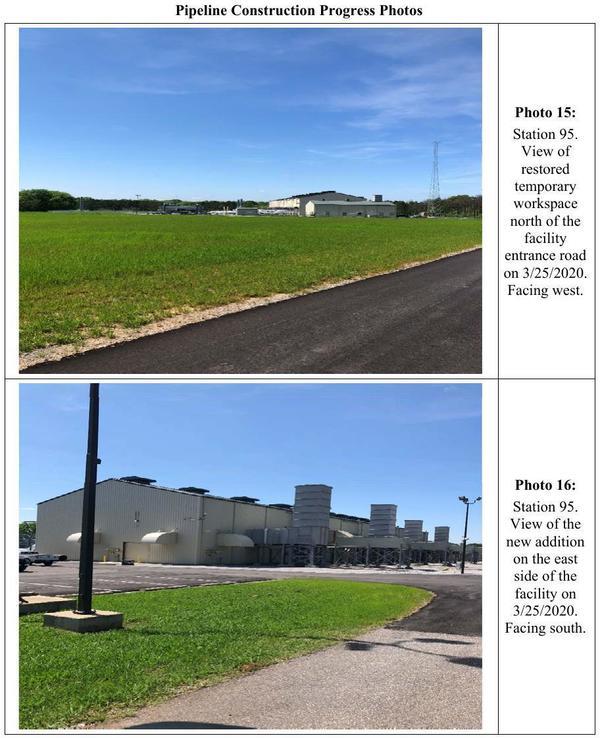 Georgia Congressman Sanford Bishop (GA-02) wrote to FERC against Sabal Trail in November 2014 and May 2015, and again 26 October 2015, that time co-signed by Georgia Congress members Hank Johnson, David Scott, and John Lewis. Even after FERC rubberstamped a permit for Sabal Trail, Rep. Bishop on 27 May 2016 told FERC it shouldn’t have done that before state Clean Water Act Section 401 permits were all finished, and he requested a Supplemental Environmental Impact Statement. Sabal Trail did respond a month later to that last letter, and to comments by Dennis Price, P.G., and WWALS, and Flint Riverkeeper. However, that response claimed everything had already been addressed, while ignoring numerous points raised.

FERC also overrode on behalf of Sabal Trail numerous objections by cities and counties, including Albany and Dougherty County, Georgia, and Marion County, Florida, where the Dunellon Compressor Station is. Sabal Trail even sued in county Superior Courts to overrule a massive-majority vote by the Georgia House of Representatives to deny Sabal Trail easements to drill under Georgia Rivers.

What can be done?

Yet all is not lost. Actually, with fossil fuel prices in the basement, this is a great time to get on with moving investors to renewable sun and wind power.

You can contact your state and federal elected and appointed officials and ask them to get FERC to revoke this travesty of a decision. Ask them to require FERC to do a Supplemental Environmental Impact Statement (SEIS), which Sierra Club pointed out is actually required when new information arises that affects the environment. If a virus pandemic isn’t new information, nothing is.

While you’re at it, ask them to reform FERC so it will stop ruberstamping pipelines. Ask them to remove eminent domain for private companies from the Natural Gas Act, as proposed in a 2017 bill by the Georgia House. That would stop these pipeline boondoggles cold.

Take it to the investors, as has worked with other pipelines and facilities. See for example Johan Sheridan, News10.com, 24 February 2020, Investors abandon Constitution Pipeline natural gas project,

ALBANY, N.Y. (AP) — In a major victory for environmentalists, investors are canceling plans for a nearly $1 billion natural gas pipeline project that would have run from Pennsylvania through New York and into New England.

Sabal Trail only lists as customers Duke Energy, Florida Power and Light (FPL), and Tampa Electric Company. FPL is owned by NextEra Energy, which years ago stopped mentioning Sabal Trail in its quarterly financial updates, and now claims to be a world leader in solar and wind renewable energy. Remind them of that.

One of the biggest investors in Spectra Energy before it was absorbed by Enbridge was VA529 of Virginia, the biggest college savings fund in the country. You can remind them as WWALS did three years ago that investing in risky stranded assets such as fracked methane pipelines is not consistent with saving for future college.

Other investors included Vanguard Grouop, State Street Corp, and Blackrock. I’d bet some of those are still investors in Enbridge and Williams Co. and NextEra. They need to be reminded what happened to investors in the Constitution Pipeline could happen to investors in Sabal Trail. Do it for Earth Day, as Bill McKibben recommends.

Thanks to WWALS member Cecile Scofield for reminding us to ask: do investors want to go down with the fossil fuel ship of fools, now that the price of oil is negative and the price of fracked methane is down 40%? Reuters, New York Times, 23 April 2020, Bankruptcy Looms Over U.S. Energy Industry, From Oil Fields to Pipelines.

Sierra Club could sue FERC and Sabal Trail again, like when they and Flint and Chattahoochee Riverkeepers won back in August 2017, as even FERC and Sabal Trail admitted a year later. But back then FERC also pulled a fast one, convincing the federal Sixth District Court to wait to issue a mandate until FERC had reissued a permit for Sabal Trail, so the mandate to halt only applied to the old, now unused, permit.

Here’s something to watch for, in page 3-273, Air Quality and Noise, in 3.0 Environmental Analysis, of the Southeast Markets Pipelines Project Final Envvironmental Impact Statement:

To ensure that the actual noise levels resulting from operation of the Alexander City, Albany, Hildreth, Dunnellon and Reunion Compressor Stations comply with our noise guidelines, we recommend that:

The bold emphasis is by FERC in the original document from years ago.

Congratulations to Sierra Club for making news out of this most recent FERC rubberstamp.

Re: Authorization to Commence Service of Phase II Facilities

Based on our most recent field inspection, Sabal Trail’s construction status reports, and the representative photos attached to your request, rehabilitation and restoration of affected areas is proceeding satisfactorily. As stated in your request, Sabal Trail commits to retaining environmental inspection staff, monitoring lands affected by the Phase II Facilities, and addressing any restoration issues, as necessary. It is my expectation that these commitments will be honored and that any restoration issues that should arise will be addressed fully and promptly.

I remind you that Sabal Trail must comply with all applicable remaining terms and conditions of the Order. If you have any questions regarding this authorization, please contact Mr. John Peconom, Environmental Project Manager at (202) 502-6352.

It’s long past time to stop pipeline boondoggles from ravaging our waters, land, and air, and to use those funds for renewable solar and wind power.