Does this look anywhere near completion to you? 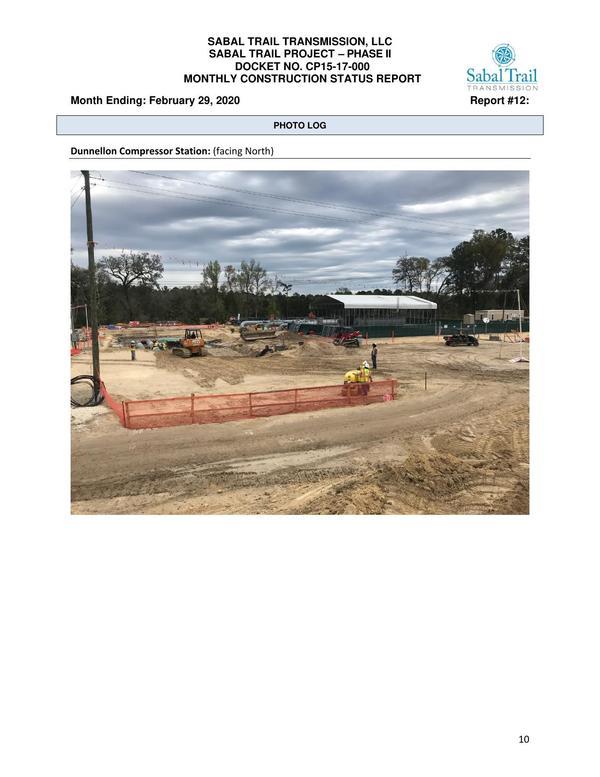 Yet on March 26, 2020, Sabal Trail asked FERC to extend the May 1st deadline for its Phase II construction of the Dunnellon and Albany Compressor Stations because of the virus pandemic, after FERC already extended way past the original February 2, 2018, deadline for completion of all phases.

FERC surprisingly did not immediately rubberstamp that request, instead opening a comment period until April 13, 2020. WWALS today filed a Motion to Intervene in that comment process on that request.

Your organization, if it was a party to the underlying Sabal Trail proceeding in FERC Docket CP15-17, can also move to intervene.
https://ferc.gov/docs-filing/efiling.asp 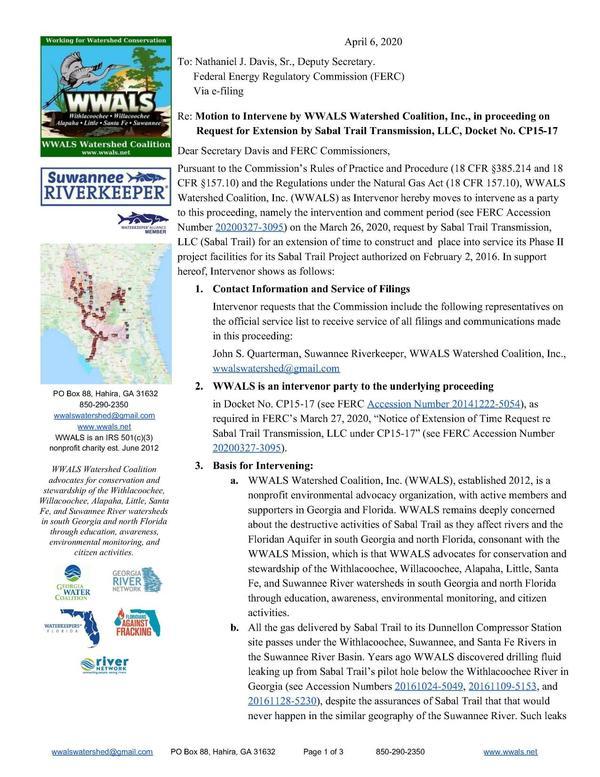 Re: Motion to Intervene by WWALS Watershed Coalition, Inc., in proceeding on

Pursuant to the Commission’s Rules of Practice and Procedure (18 CFR §385.214 and 18 CFR §157.10) and the Regulations under the Natural Gas Act (18 CFR 157.10), WWALS Watershed Coalition, Inc. (WWALS) as Intervenor hereby moves to intervene as a party to this proceeding, namely the intervention and comment period (see FERC Accession Number 20200327-3095) on the March 26, 2020, request by Sabal Trail Transmission, LLC (Sabal Trail) for an extension of time to construct and  place into service its Phase II project facilities for its Sabal Trail Project authorized on February 2, 2016. In support hereof, Intervenor shows as follows:

Intervenor requests that the Commission include the following representatives on the official service list to receive service of all filings and communications made in this proceeding:

For the reasons given above, WWALS has a substantial interest in this proceeding that cannot be adequately represented by any other party and may be directly affected by FERC decisions herein. WWALS is an interested party within the meaning of 18 CFR §385.214 and 18 CFR §157.10, and its participation in this proceeding is in the public interest.

WHEREFORE, for the above reasons, Intervenor requests that the Commission GRANT its Motion to Intervene.

Thanks to WWALS member Janet Barrow for helping compose this letter.

Does this look near completion to you? 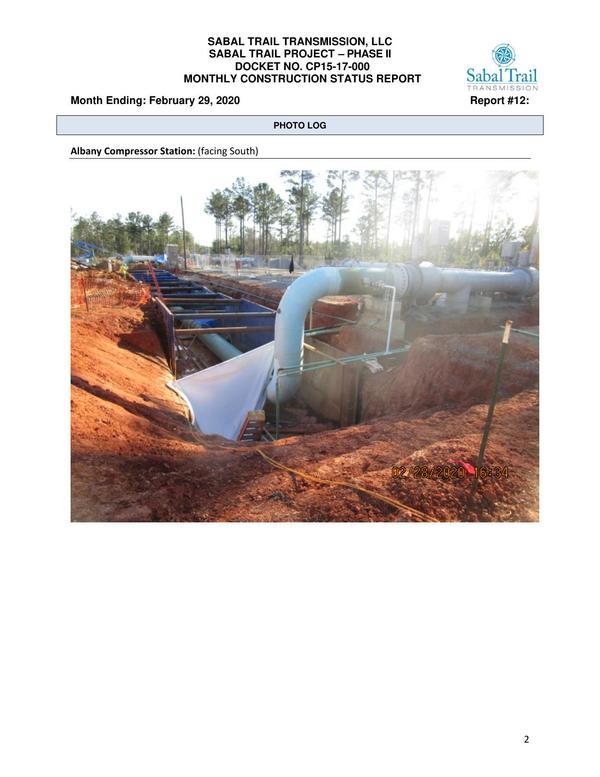