Site of an old town, a governor’s house, an old bridge at the state line, and, last but certainly not least, Mozell Spells! Pictures of sites on Day 3 (today) of #PaddleGA2019, from Donald O. Davis, Director, Lowndes County Historical Society. 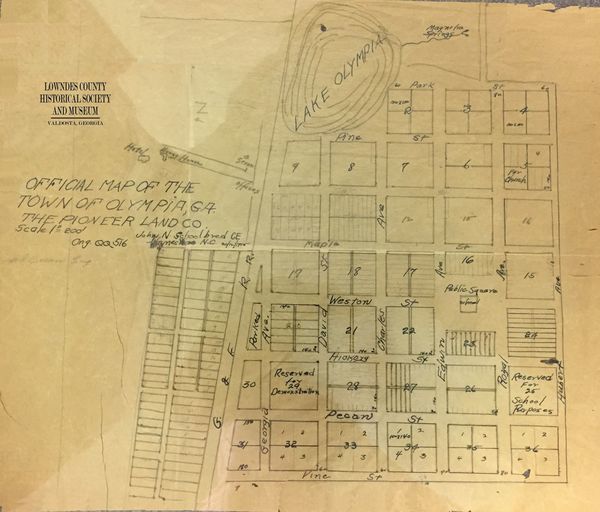 When the remnants of the railroad trestle are on one’s right, the former track bed is a Rails to Trails to Madison, FL. On the left or north bank at that point the RR first stop in Georgia was the now defunct town of Olympia, Ga. … The West brothers were forward thinkers. After the modern day Olympics resumed in Greece in 1896, by 1898 they were using the name in Georgia for their new town. The brother of John W. West, W.S. West, built the beautiful Crescent house in Valdosta and became President of the Georgia Senate and a United States Senator. Olympia Bend Plantation, Olympia Trail, etc, continue the name.

What he calls Rails to Trails is the Four Freedoms Trail from Madison to the Withlacoochee River. 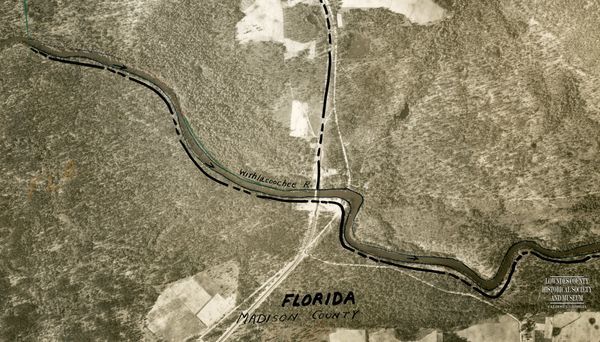 This shows location of the old road (to the right) leading to the 1895 bridge. The spot called Horn’s Ferry. Foundations of this bridge remain and can be seen in low water. 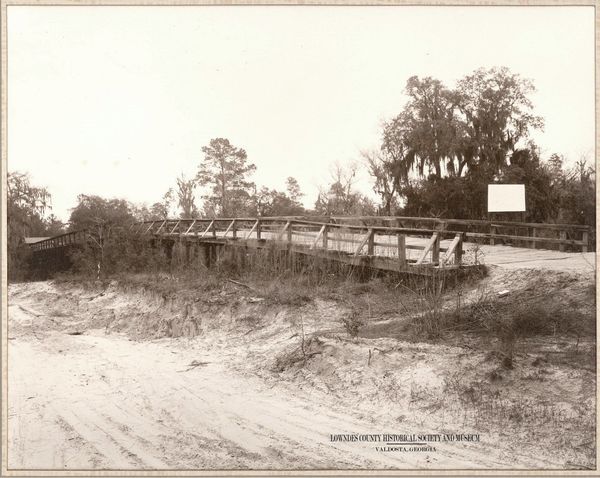 You’ll see a few posts sticking out of the water. 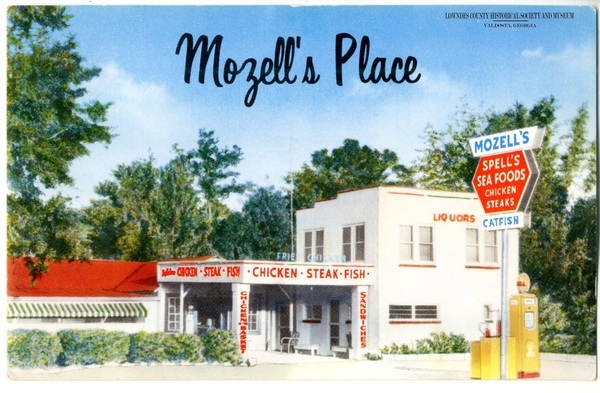 Mozell Spells is the man’s name; it’s only his tombstone in Sunset Hill Cemetery in Valdosta, GA. And his name is the one the locals use for the landing with five names, including State Line Boat Ramp.

This may be the only “fish house restaurant” that existed at the banks Withlacoochee. It was near the new 1940 bridge. A place of stories, it is said that they served fried fresh water fish whether it was legal or not, and the service was slow sometimes because only one eye was working on the stove. 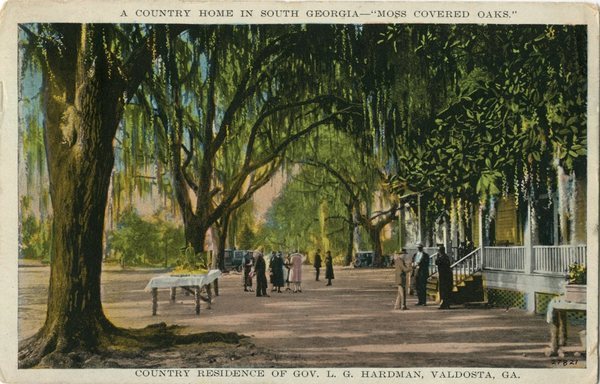 A mile from the Withlacoochee when it turns south at (83.272/30.626) and a 1/2 mile below current Georgia, it was the John Stapler Lake Alcyone Plantation. In 1870 the Valdosta Times tells that Mr. Stapler [whose property was first surveyed as Georgia] will have to be replaced as the Lowndes County representative to the Atlantic & Gulf RR as he has been “removed to Florida.” More here including a Withlacoochee Romance of Note. Stapler to Spain.

WWALS will add this information to the Withlacoochee and Little River Water Trail.