Two new fallers, an unscheduled creek upstream and confluences of several more downstream, the Withlacoochee River Roundabout, (some around it twice), a nice drizzle, and a fine time was had by 19 paddlers from 2 years old to 70-plus on the balmy winter Withlacoochee River, Sunday, February 11, 2018. 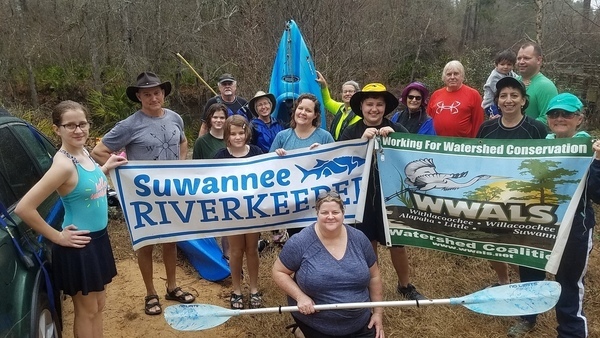 I am worried, though, since one faller tied my record for that stretch by swimming twice. They ran into the twisty narrow passages and overhanging branches that are why expedition leader and Outings Chair Phil Hubbard wrote:

Technical paddle t[r]ip of 5.54 miles. A very fun paddle if you have skills of controlling your boat. Many obstacles that require maneuvering skills to avoid. Not recommended for a beginner. 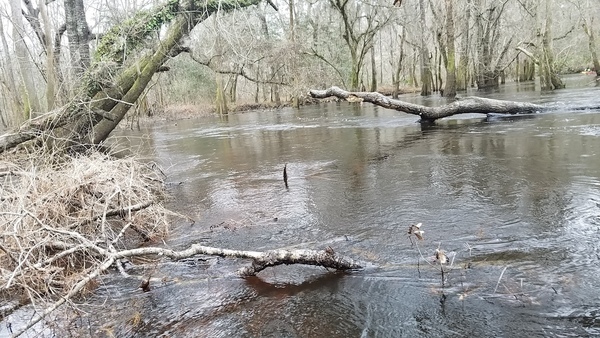 But I still hold the record for falling into the most rivers in the Suwannee River Basin, even if Tiffany is catching up. 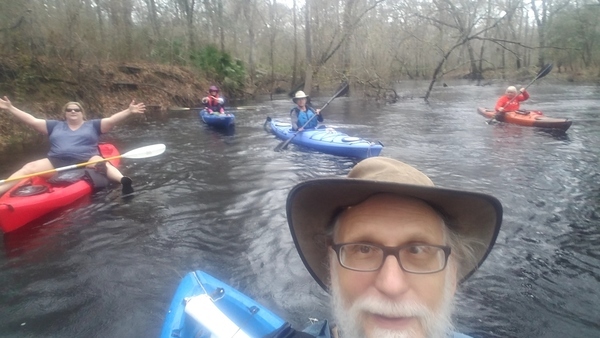 Cathy Smith and I paddled up and down some tiny little rapids on Hutchinson’s Mill Creek while waiting for the others to finish the shuttle. 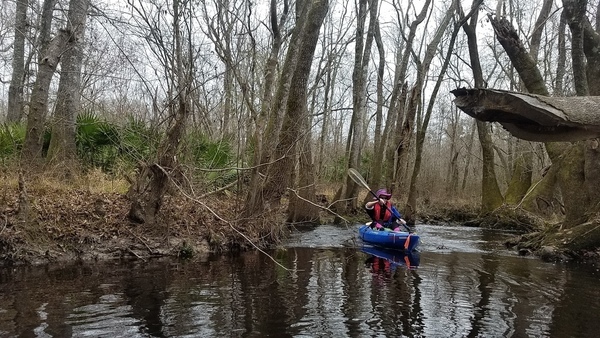 Many paddlers picked up bags of trash, which we forgot to picture, except for these bottles I picked up in Hutchinson’s Mill Creek. Oddly, they were all capped, even though they were all different types. 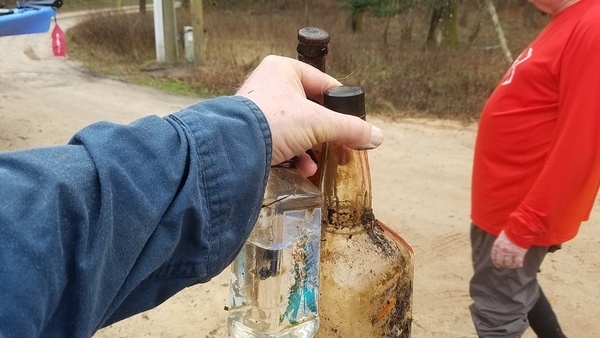 On the Withlacoochee River we all saw some clear examples of wrested vegetation, a controversial subject in the Georgia legislature. 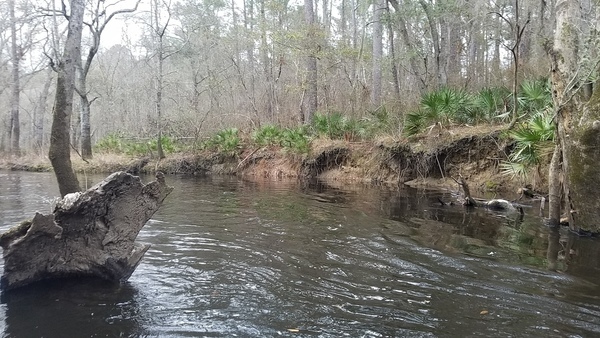 You have three choices at the Withlacoochee River Roundabout, and we chose both the wrong ones (some of us twice) before the right one. 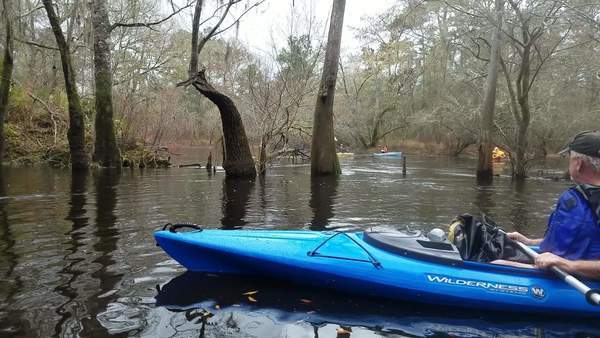 Even with all that, it took only about two and a half hours to paddle the 6.9 miles from Hagan Bridge Landing to Franklinville Landing. It was about 6.6′ (126.9′ NAVD88) on the Skipper Bridge Gauge, with about 500 cubic feet per second of flow. 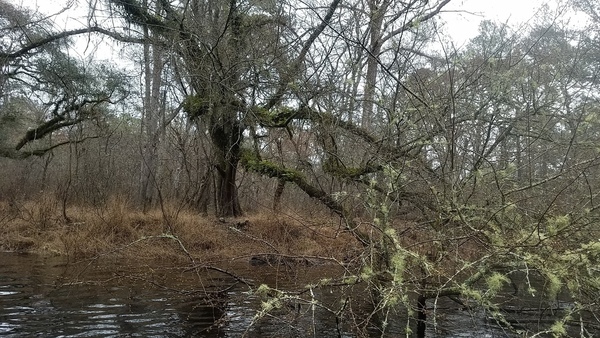 Visiting paddlers going through tomorrow, the water is higher than last week, but still watch for the double bow between the Withlacoochee River Roundabout and the tricky oxbow. 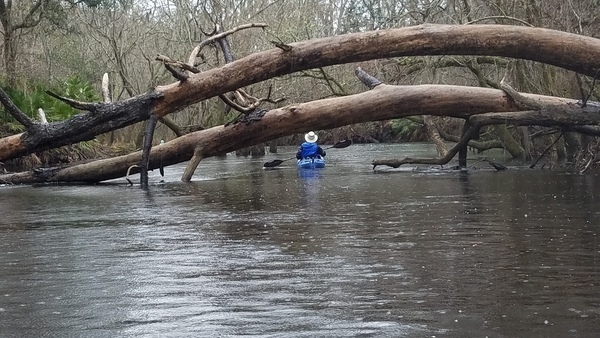 Many more pictures of 2018-02-11 on wikiloc by Phil Hubbard and on facebook by Bobby McKenzie and Gretchen Quarterman.

The pictures in this post are by John S. Quarterman for WWALS, and there are 166 of them on the WWALS website. The GPS coordinates are approximate from Hagan Bridge down to the bench, where my phone decided to hear satellites. See also the Google Map. A few videos may follow. 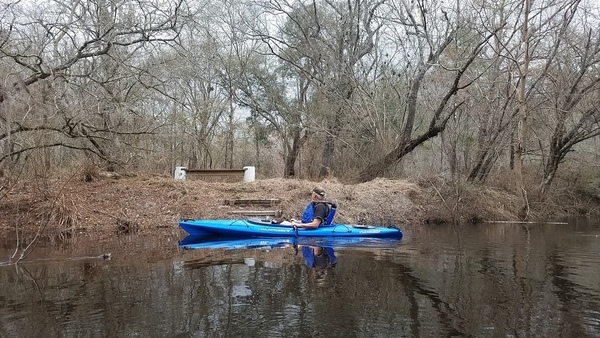 For more WWALS outings and events, see the WWALS calendar or the events spreadsheet. Or follow blog posts on wwals.net (or facebook or twitter), or sign up to get them by email (look on the right side of wwals.net).

Follow this link to the google map, and it is also embedded below.