Instead of giving Sabal Trail a five-month extension, FERC should revoke Sabal Trail’s Certificate of Convenience and Necessity, as the U.S. District Court already ordered. Sabal Trail no longer has the customers for 90+% of its gas on which that FERC’s February 2 Order depended, not since Sabal Trail dropped Duke Energy Florida (DEF) from its customer index on New Year’s Day.

It’s time to stop the fossil fuel industry using Sabal Trail as a political tool to undermine the overall energy stability and security of the U.S. southeast for the profit of a few companies from Texas and Canada. Just like the U.S. State Department recommends for Europe, FERC should seek to diversify energy supplies by getting on with solar power onshore and wind power offshore in the Sunshine State, Georgia, and everywhere else. 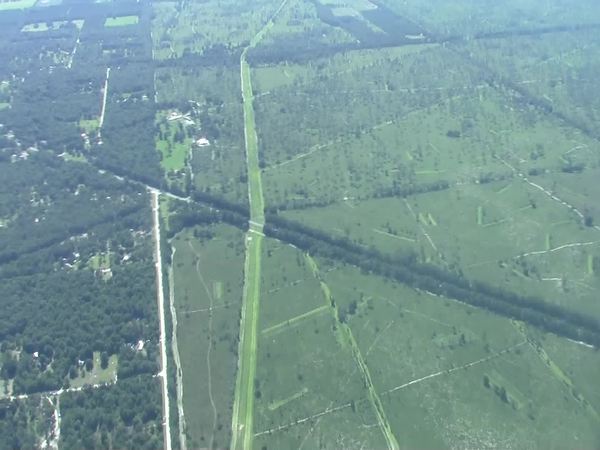 What’s that “one additional M&R facility,” Sabal Trail? Is it the one in Suwannee County to feed your fracked gas through Florida Gas Transmission (FGT) across the proposed HPS II phosphate mine site in Union and Bradford Counties in Kinder Morgan’s FERC-approved Jacksonville Expansion Project (JEP) to FERC-permitting Eagle LNG in Jacksonville, where Eagle LNG is involved with JAXport and Crowley Maritime in exporting liquid natural gas, intending to go to all free trade and non-free trade countries? 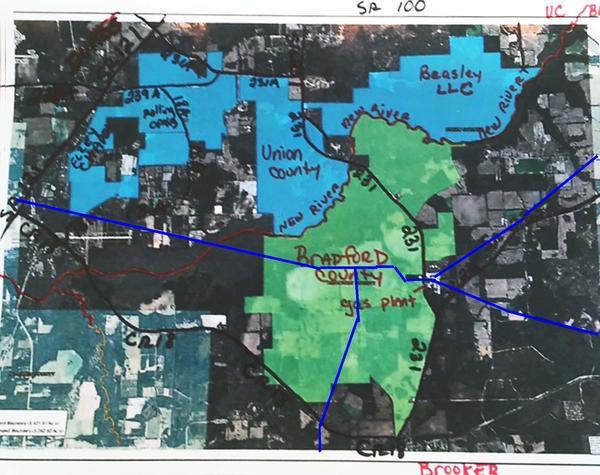 And why don’t you mention that your “Citrus County Lateral” has at its end Strom, Inc.’s LNG export operation, authorized by the U.S. Department of Energy’s Office of Fossil Energy, despite FERC shirking its duty of environmental oversight?

Why so shy, Sabal Trail, as not to say what that gas is for? Don’t want to mention LNG export as a reason you used federal eminent domain from that February 2 Order to take land from people in Alabama, Georgia, and Florida, and to drill under our Withlacoochee and Suwannee Rivers?

Substitute Georgia for Poland in this news story, and the rest is obvious. The Peninsula Qatar via Reuters, 27 January 2018, U.S. says Russian gas link to Germany hurts European security,

The expansion of Russia’s gas pipeline to Germany under the Baltic Sea, which bypasses a number of east European nations, will allow the Kremlin to use energy as a “political tool,” U.S. Secretary of State Rex Tillerson said in Warsaw.

Tillerson, speaking to reporters after meeting with Poland’s Prime Minister Mateusz Morawiecki on Saturday, said Europe should seek to diversify energy supplies and that the U.S. saw the contested Nord Stream 2 link as “undermining Europe’s overall energy stability and security.”

NATO member Poland has repeatedly tried to block the deal, saying it would leave countries such as itself and Ukraine vulnerable if Russia decided to shut down the gas pipelines running across its territory to western Europe. Foreign Minister Jacek Czaputowicz said Poland wanted U.S. help in stopping Nord Stream 2, which is being built by Russian gas giant Gazprom PJSC.

“It’s not a helpful piece of infrastructure to support stability in Europe,” Tillerson said. “We will continue to take steps as we can.”

Shut down this invading gas pipeline running across our territory and under our rivers in the Southeast. Sabal Trail exporting through the Atlantic or the Gulf of Mexico is no better than Nord Stream 2 exporting under the Baltic Sea. “We will continue to take steps as we can” to enlist U.S. help in stopping Sabal Trail, which is being built by Canadian gas giant Enbridge.

Apparently Sabal Trail conducted yet another unannounced experiment yesterday, when nominated capacity went from zero to six. Where are you shipping that gas, Sabal Trail? Could it be testing that Citrus County lateral, through your chronically stink-leaking Dunnellon Compressor Station site? 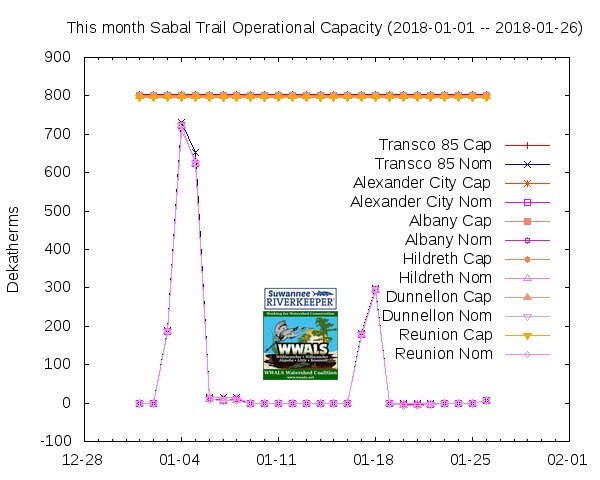 Instead of enabling Sabal Trail’s wild swings from zero to above Cap, FERC should shut it down. 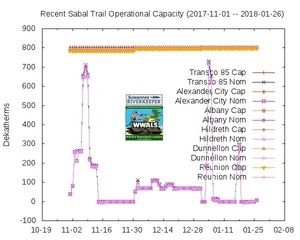 
Re: Sabal Trail Transmission, LLC, Docket No. CP15-17-000
Request for Extension of Time to Complete Construction of Certificated Facilities

On February 2, 2016, the Federal Energy Regulatory Commission (“Commission”) issued an order in the above-referenced docket granting Sabal Trail Transmission, LLC (“Sabal Trail”), among other authorizations, certificates of public convenience and necessity to construct and operate the Sabal Trail Project (“Project”), which includes greenfield construction and a lease of the capacity created by the Hillabee Expansion Project (“February 2 Order”).1 The Project will enable Sabal Trail to provide up to 1,075,000 dekatherms per day (“Dth/d”) of firm transportation service over three Phases.

Ordering Paragraph (F)(1) of the February 2 Order requires Sabal Trail to complete authorized construction of the Project facilities and make them available for service within twenty-four (24) months from the date of the order, or by February 2, 2018.3 In order to ensure that there is sufficient time to complete construction and place the remaining approved Project facilities into service, Sabal Trail hereby requests the following extensions of time:

Sabal Trail respectfully requests that the Commission grant these extensions no later than February 2, 2018. Sabal Trail appreciates the Commission’s assistance in this matter. If you have any questions regarding this filing, please contact me at (713) 627-4102 or David A. Alonzo, Specialist I, Rates and Certificates at (713) 627-4957.