I-10 is closed in Florida, Georgia has declared a state of emergency, overpasses are closed, and a train derailed in Valdosta. Since nobody is used to it, this very unusual snow storm Grayson in south Georgia and north Florida is actually a big problem. Good thing we don’t have an outing scheduled for today, since the Suwannee Riverkeeper vessel is iced up. 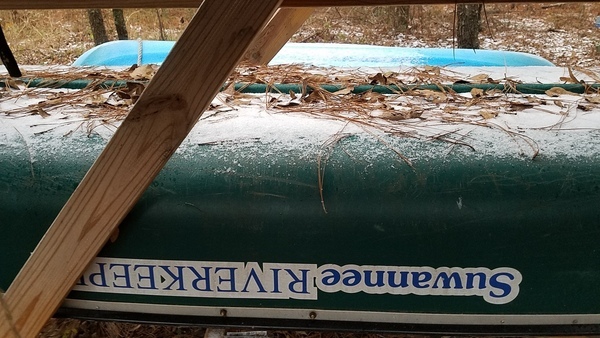 Viewed from Gainesville, the storm stops at the state line, nevermind what the maps show:

So that’s snow in south Georgia and in northern Hamilton and Madison Counties, Florida, frozen rain down the Suwannee River almost to the Gulf, and rain at the coast.

Those counties include almost all the Suwannee River Basin in Georgia. This map from Atlanta goes a bit beyond those counties to the west and north. Not surprising that Atlanta doesn’t quite know where things are south of the gnat line.

Ah, the storm has a name, it has closed I-10, and it extends way up the Atlantic coast. Sean Breslin, Weather.com, 2018-01-03, Winter Storm Grayson Closes Stretch of I-10 in North Florida,

A 49-mile stretch of Interstate 10 from Tallahassee eastward was closed Wednesday morning as slick conditions made travel on the roadway very risky, according to the Florida Department of Transportation. The closure affected exits 209 to 258.

All overpasses in the Valdosta CIty Limits will be closed again due to ice. Many surface roads have been completely covered in snow and ice.

Stay off the roads as road conditions are not expected to improve soon.

WWALS Board Member Phil Hubbard may have been the first to post a picture of this, which happened in Valdosta near his house: 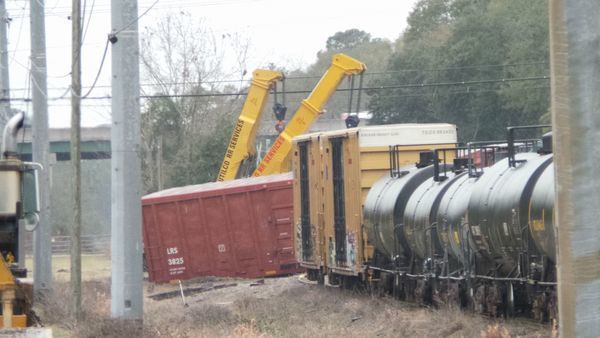 It’s a good day to stay inside by a fire.