If you like hearing about outings and advocacy so you can participagte, please contact the FCC today to oppose their vote tomorrow that would greatly damage the open Internet we all use to communicate and organize.

Please call or email the three Commissioners who favor this unfortunate Order:

You can also file comments, which are publicly visible, and thus may help get others to call or write the FCC. 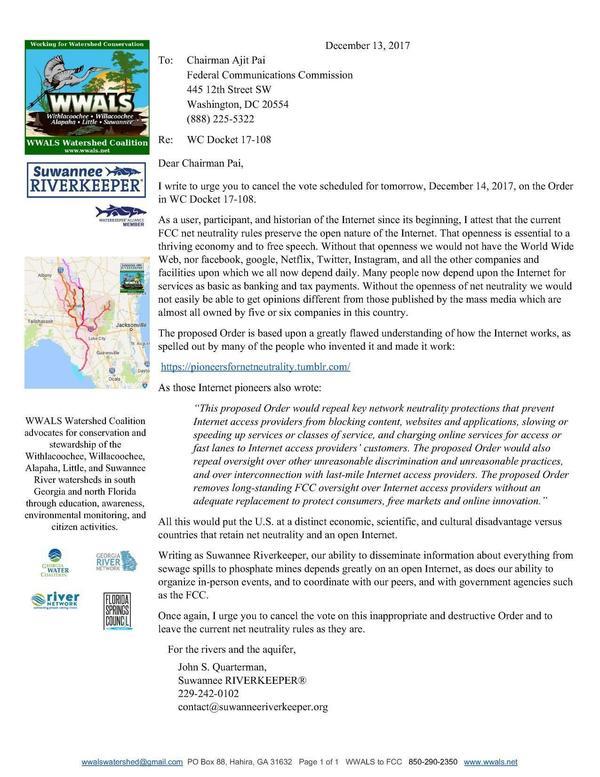 As a user, participant, and historian of the Internet since its beginning, I attest that the current FCC net neutrality rules preserve the open nature of the Internet. That openness is essential to a thriving economy and to free speech. Without that openness we would not have the World Wide Web, nor facebook, google, Netflix, Twitter, Instagram, and all the other companies and facilities upon which we all now depend daily. Many people now depend upon the Internet for services as basic as banking and tax payments. Without the openness of net neutrality we would not easily be able to get opinions different from those published by the mass media which are almost all owned by five or six companies in this country.

The proposed Order is based upon a greatly flawed understanding of how the Internet works, as spelled out by many of the people who invented it and made it work:

As those Internet pioneers also wrote:

All this would put the U.S. at a distinct economic, scientific, and cultural disadvantage versus countries that retain net neutrality and an open Internet.

Writing as Suwannee Riverkeeper, our ability to disseminate information about everything from sewage spills to phosphate mines depends greatly on an open Internet, as does our ability to organize in-person events, and to coordinate with our peers, and with government agencies such as the FCC.

Once again, I urge you to cancel the vote on this inappropriate and destructive Order and to leave the current net neutrality rules as they are.