Next Tuesday in Live Oak, the latest on BMAPs.

Reminder: A meeting for the Lower and Middle Suwannee River, Withlacoochee River, and associated springs Basin Management Action Plan (BMAP) is scheduled for November 14th, 2017. Note that everyone is welcome to attend. The primary purpose of this meeting is to discuss and receive comments on the draft BMAP document. The Department requests that you please submit any comments on the draft document by COB Thursday, November 30th, 2017. 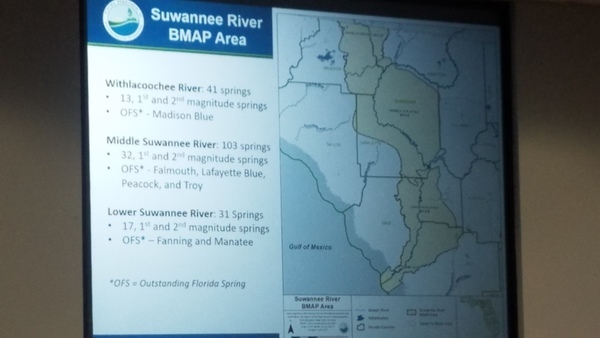 Irony: Duke Energy is building a 75 megawatt solar farm right next to the Sabal Trail pipeline, of which Duke is a 7.5% owner.

Dust no more! The same place Chris Mericle reported having a dust storm little more than a week ago, last week he discovered Duke Energy is replacing the center pivots with solar panels. 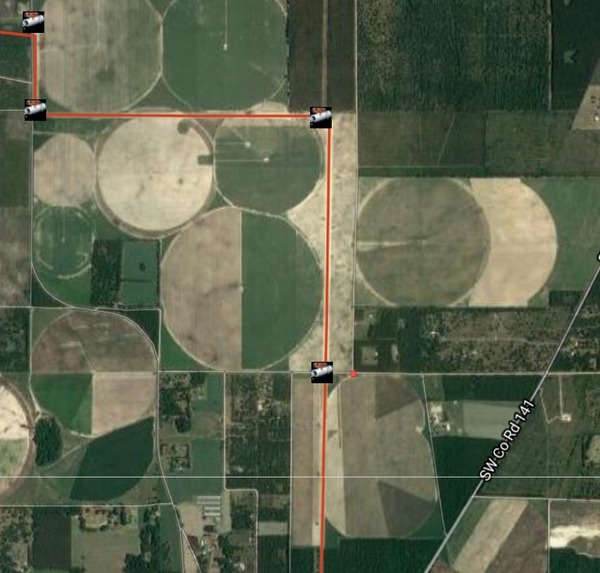 The little red dot near the center of the above map is where Duke Energy says this solar farm will go. The red line is the Sabal Trail pipeline, next to the power line Duke will be using for the solar electricity. How about turn off the pipeline, Duke, and put solar panels along its right of way? As I computed using Sabal Trail’s own figures three and a half years ago, half that RoW acreage could generate just as much electricity from the sun as that pipeline would ever produce, and solar panel prices have gone down since then.