OSHA said it believed the pipeline company, in a paper letter, two weeks after the WWALS complaint about Sabal Trail at Dunnellon.

We did get more information about the actual odorant out of OSHA than we ever did out of FERC, and it’s not pretty: 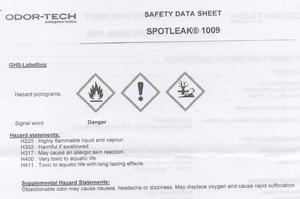 Supplemental Hazard Statements:
Objectionable odor may cause nausea, headache or dizziness. May displace oxygen and cause rapid suffocatlon 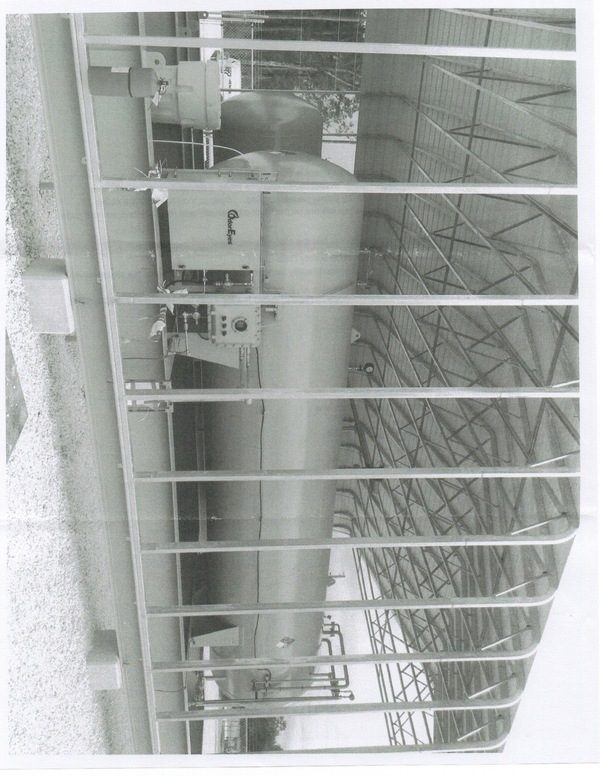 OSHA also got Sabal Fail to admit in writing that there were not one, not two, but three leaks, plus there was a design flaw which they were still fixing at the time of Sabal Trail’s letter to OSHA, 23 August 2017. We have no confirmation that any fix was actually applied, despite OSHA not doing anything further.

What Sabal Trail did not do

We now have in writing from the odorant vendor’s product description that what Sabal Trail was supposed to do was not what they did:

In case of spill or leak:

Prevent further leakage or spillage if you can do so without risk. Evacuate area of all unnecessary personnel. Eliminate all ignition sources. Ventilate area only if odor control is not an issue. Cover spill area with closed-cell foam to reduce odors (use of Aqueous Film Forming Foam (AFFF) with polymeric layer is acceptable). If foam is unavailable, absorb spill with liquid-blnding material (e g. diatomaceous earth, saw dust universal binder) and deodorize residue on ground With 340% hydrogen peroxrde. Wash with water and recover it. If spill is contained within a large containment area, add 5% bleach solution (sodium hypochlorite) in a 50 parts bleach solution to one part product dilution ratio. Swimming pool chemicals (hypochlorite compounds) work effectively in deodorizing product. If these are applied to product. The crystals must be accompanied by sufficient water of dilution so that the considerable heat of reaction Will be absorbed. Enzyme or bacteria based deodorizers are also acceptable for use. Sweep or scoop up using non-sparking tools and place into suitable properly labeled containers for prompt disposal. Place waste materials into Department of Transportation (DOT)-approved drums for disposal. Avoid dispersal of spilled material and runoff and contact with soil, waterways, drains and sewers Consult a regulatory spectalist to determine appropriate state or local reporting requ1rements. For assistance in waste characterization and/or hazardous waste disposal and other requirements listed in pertinent environmental permits.

Marion County Fire Rescue personnel had the good sense to back away, but they were not evacuated.

OK, Sabal Trail sprayed a deodorant, although we don’t know whether it was the prescribed kind.

But how does “wrapped the area in towels” match any of closed-cell foam, Aqueous Film Forming Foam (AFFF) with polymeric layer, diatomaceous earth, or saw dust universal binder?

Where are the “Department of Transportation (DOT)-approved drums for disposal”?

What if this stuff were somehow to get into a river?

Under Materials to avoid:

What would the odorant do if it got into a river?

Data on this material and/or its components are summarized below

I don’t know how many rainbow trout there are in blackwater rivers such as the Withlacoochee (south) River, but if this stuff harms them, it probably would harm other fish, not to mention minnows and plants in the water.

The entire OSHA letter is on the WWALS website, with small, big, and huge images of each page, plus a one-page PDF for each, and a PDF of the entire letter.

Maybe OSHA is right. Maybe Sabal Trail really is on top of it and will detect and fix any further problems promptly. That would be a refreshing change from Spectra Energy’s three-decade record of corrosion, leaks, and explosions, including its record of leaks and obfuscation at the Dunnellon Compressor Station site.

Back in 2013 PHMSA fined Spectra for five counts of not following federal law or its own company procedures.

We can now add failure to follow the product safety specifications of the products it uses.

Meanwhile, how many toxic spills have you heard of from solar panels?