Less than a day after FERC rubberstamped (or did it?) Sabal Trail’s request for a new contractor yard on the east side of Moultrie, Georgia, WWALS saw that yard already full of materials. Did Sabal Trail really move everything in that fast, or were those things already there, like the notorious Lake City, Florida pipe yard that never has gotten any formal FERC approval that we’ve seen?

Here’s what we saw from the Southwings flight for WWALS on Saturday October 22nd 2016: Compare with the overview map Sabal Trail filed with its request to FERC of Monday October 17th 2016: 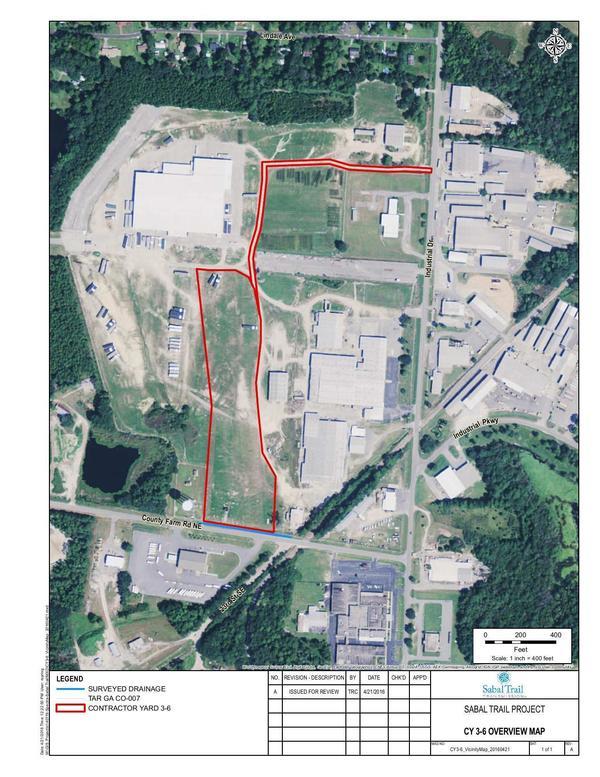 But was this contractor yard ever approved? John Peconom never actually mentioned CY3-6 (or any other contractor yard) when he granted permission for Sabal Trail to plow through a tributary of Hog Creek, as FERC Accession Number 20161021-3025, “Letter order granting Sabal Trail Transmission, LLC’s 2/2/16 request to commence construction in the previously excluded areas re the Sabal Trail Project under CP15-17.” (copies on WWALs website: PDF, Word),

In Reply Refer To:

Re: Authorization to Commence Construction in Previously Excluded Areas

This authorization is based on my review of Sabal Trail’s Request for Notice to Proceed; its compliance with the environmental conditions of the Commission’s Order as described in its Implementation Plan filed on March 11, 2016, and supplemented on April 7, 2016, July 21, 2016, August 11, 2016, and August 15, 2016; and its documentation of the necessary federal authorizations applicable to the requested activities.

I remind you that Sabal Trail must comply with all applicable terms and conditions of the above referenced Order. If you have any questions regarding this authorization, please contact me at (202) 502-6352.

This site is near the divide, but according to the topo map Sabal Trail included, it drains west into Okapilco Creek, and thus into the Withlacoochee and the Suwannee. 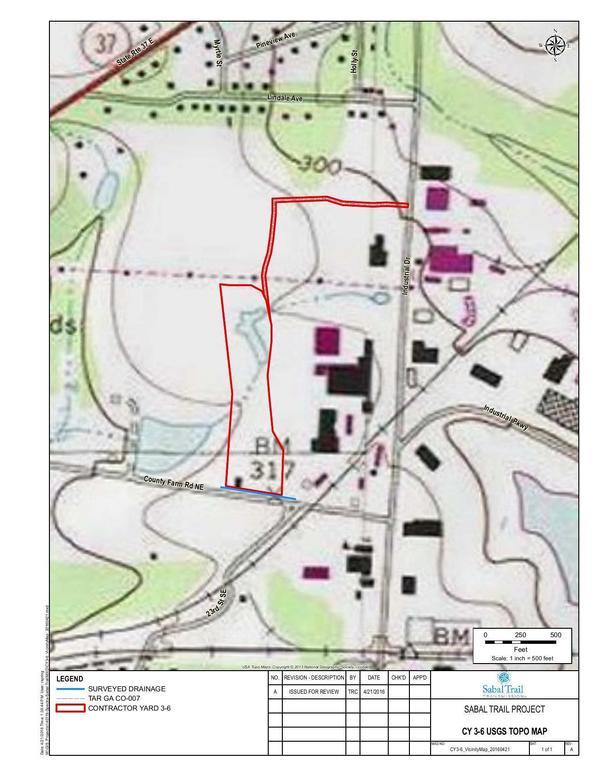 If part of it drains east, that goes into Indian Creek and thus into the Little River, Withlacoochee, and Suwannee. Either way, it’s in WWALS watersheds.

Yes, Sabal Trail (we know you read WWALS blog posts), we will be complaining to FERC about this.

Everybody else, here’s how you can also you can send in permit violation complaints.