Sabal Trail would go far too close to Madison Blue Spring and water wells in Madison County, it doesn’t have all permits, and the Madison BOCC could help stop this unnecessary, destructive, and hazardous fracked methane pipeline boondoggle. I have five minutes to say all that tonight to the Madison Board of County Commissioners. 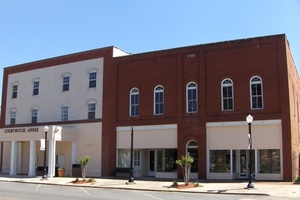 Anybody else who wants to speak, please sign up in advance, according to the Madison BOCC meeting rules. And the more people who come, the more likely they’ll pay attention.

Excerpt from the agenda.

AGENDA FOR THE REGULAR SESSION OF THE
BOARD OF COUNTY COMMISSIONERS OF MADISON COUNTY, FL,
TO BE HELD AT THE COMMISSIONERS MEETING ROOM
COURTHOUSE ANNEX, WEDNESDAY,
June 22, 2016, 6:00 p.m.

As we discussed, WWALS would like to make a brief presentation to the Madison BOCC about the Sabal Trail pipeline.

The main points are:

For background, please see the documents below.

See you in Madison tonight.