The recent rains caused little wastewater overflow, according to Valdosta City Council Tim Carroll, who forwarded cryptic Valdosta press release yesterday and then explained on the telephone what it meant: 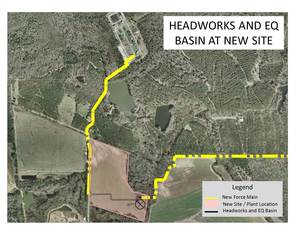 the two biggest pieces of Valdosta’s wastewater and sewer fixes are operational already.

The press release referred to “the new force main” as if it were already in operation, yet nothing on Valdosta’s website says it is. So I called Tim Carroll and he confirmed that yes, the force main is online. Not only that, but 5 million gallons less water than usual for such rains entered the new Withlacoochee Wastewater Treatment Plant (WWTP).

Wait, does that mean the new, uphill, out-of-the-floodplain WWTP is also online? Yes, confirmed Carroll. And the less inflow was due to less INI. 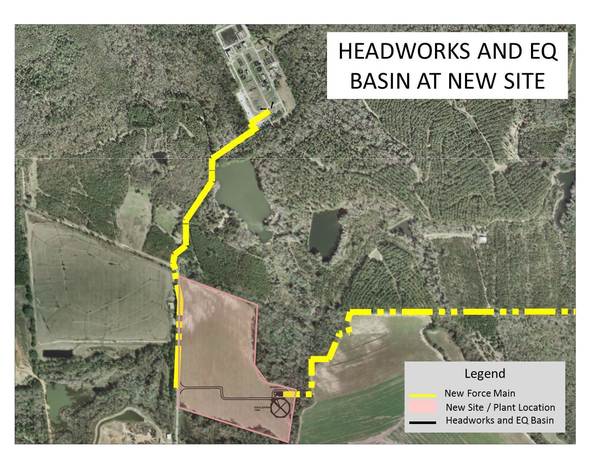 Infiltration and Inflow (INI, I&I, or I/I), Carroll said, and it’s less because there are no leaks in the new sewer main.

So does that mean the sewer mains connecting to the new force main pumps are in place? Yes, said Carroll.

This is the work that Valdosta agreed in 2013 with GA-EPD to do, after the wastewater consent order of that same year. Valdosta funded the work with upwards of $50 million approved by the voters in SPLOST VII, in addition to previous expenditures. Lowndes County even allocated some SPLOST funds to help.

This could be seen as good news, especially by people downstream on the Withlacoochee, Alapaha, and Suwanee Rivers all the way to the Gulf of Mexico, many of whom have been watching closely for something else you won’t find on Valdosta’s website: a notice of a major spill after the recent rains. There wasn’t any spill of the usual kind; merely rags in the 700 block of Gil Harbin Industrial Blvd. causing the “Approximately 425 gallons of sewer spilled into a ditch that drains into Dukes Bay” noted in the PR.

That PR still doesn’t say what watershed the spill was in. As we’ve been asking for a year now, how many spills has Valdosta had into the Alapaha River watershed and could spill PR say which basin it went into? This was after we had to dig around to find out what goes where in Valdosta’s watersheds, since the city sits on the divide between the Alapaha and the Withlacoochee. According to Valdosta’s Master Stormwater Management Plan, Section 5: Mud Swamp Creek Basin: 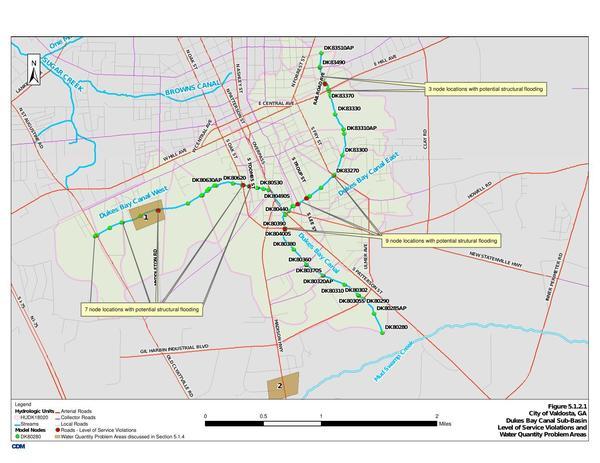 However, according to that Valdosta SWMP, the 700 block of Gil Harbin Industrial Blvd actually is not in the Dukes Bay Canal watershed. Apparently it drains into Mud Swamp Creek directly. So Valdosta still seems confused about where its water goes. And the new force main and WWTP, so far as I know, don’t deal with either Dukes Bay Canal or Mud Swamp Creek, which have sewer systems going to the city’s Mud Swamp WTP.

OK, back in the Withlacoochee River basin, why hasn’t Valdosta told people this good news about the force main and the new WWTP being online, and when do they plan to do so? Carroll said because they wanted to see how they performed in heavy rains, and there will be a signing ceremony “in the next few weeks”. He said he’s not in charge of scheduling that, so he really doesn’t know when.

Meanwhile, everyone downstream, apparently there won’t be a Valdosta major spill notice after the recent rains, and no Florida Department of Health warning, either, because there was no major spill. Because the new force main and the new WWTP are online and working.

The over $60 million in sewer collection system improvements over the past several years effectively handled the heavy rains brought by Tropical Storm Colin on June 6. Although the City of Valdosta received more than four inches of rain over a 24-hour period, the event did not result in any overflows in the sewer system attributed to stormwater inflow and infiltration into the sanitary sewer system. 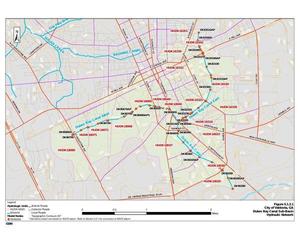 The public is advised to avoid contact with the water adjacent to the 700 block of Gil Harbin Industrial Boulevard for the next seven days. Warning signs have been posted at that location. 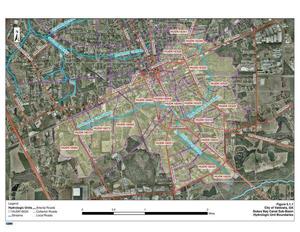