Force main and the new WWTP on line by May! 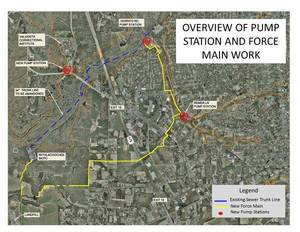 in the update Tim Carroll promised, on the City of Valdosta website as City System Impacted by Severe Storms and Regional Watershed. It even starts with schedule details, which say they’re ahead of the schedule I previously posted. This report’s table of overflows has start and stop times and amounts, with the Creeks affected.

It still doesn’t say which river basin they go into. Knights Creek flows into Mud Creek, which goes into the Alapahoochee, Alapaha, and Suwannee Rivers. All the others end up in the Withlacoochee and the Suwannee Rivers. And there are still some unanswered questions. But getting the force main and the new WWTP on line by May is a very good development.

The City of Valdosta is ahead of schedule and plans to bring online nearly $60 million in wastewater system improvements next month. The $35 million Force Main project and the $23 million new Withlacoochee Wastewater Treatment Plant (WWTP) are both ahead of schedule, and bringing them both online cannot come a day too soon for the city.

“We are pleased to be in the final stages of construction on both projects. Testing is underway now with full startup expected in late May,” according to Director of Utilities Henry Hicks. “We are also pleased that these projects and other awarded sewer collection system improvement projects underway will resolve all the areas of the city impacted by reoccurring overflows that often follow heavy rains and regional flooding.”

END_OF_DOCUMENT_TOKEN_TO_BE_REPLACED

I just want to know when will this be fixed, I can’t even drink my water for it having ecoli in it. Someone needs to do something now!!!

The two biggest pieces are scheduled to be finished this summer and next summer: the force main project in July 2016, and the new Withlacoochee Wastewater Treatment Plant relocated uphill by August 2017. Valdosta is spending upwards of $300 million to fix the problem.

As I point out every time I post about new spills, there are still open questions and, as your Waterkeeper® Affiliate for the upper Suwannee River and the Withlacoochee and Alapaha Rivers, WWALS Watershed Coalition will keep after Valdosta until we get the answers. See also the slides and videos from the meeting Valdosta held for us a year ago about this.

Sent this morning to the Suwannee Board of County Commissioners. They meet 6PM tonight, 5 April 2016, at the Suwannee County Judicial Annex, 218 Parshley St. SW, Live Oak, FL, and Sabal Trail is on the agenda. 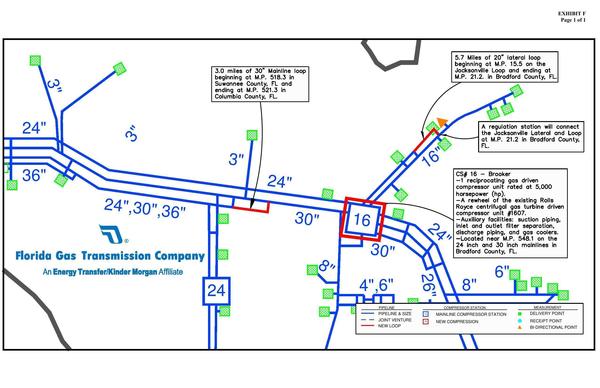 Thank you for coming to see with your own eyes at Suwannee River State Park and Falmouth Spring some of what Sabal Trail did not tell FERC. As you know, after that site visit, the Hamilton Board of County Commissioners sent a letter to the U.S. Army Corps of Engineers inviting them to come see for themselves, as well.

Despite what Sabal Trail and FPL will tell you, pipelines are not inevitable.

As you may be aware, END_OF_DOCUMENT_TOKEN_TO_BE_REPLACED