Even as Our Santa Fe River and others held a demonstration in Gainesville yesterday against fracking bills in the Florida legislature, especially Senate Bill 318 now that House Bill 191 passed,

“So my request to you right now: hold off of the emails to the committee, they know you are paying attention.”

This has not sit well with many opponents of fracking in Florida. WWALS is among the members of Floridians Against Fracking that call for Floridians to call their state legislators.

WWALS remembers when Audubon Florida went full NIMBY, supporting Sabal Trail, undercutting WWALS’ legal case against FDEP against Sabal Trail, and giving revisionists at EPA an excuse to ignore warnings from Sierra Club and others, reversing much of EPA’s own former strong opposition to Sabal Trail.

we strongly support the additional pipeline capacity that the Sabal Trail project will provide for Florida natural gas markets.

The next day, 6 October 2015, Audubon Florida sent another version of that letter to FERC (Accession Number 20151006-5256) that removed the above clause while leaving in this part that came right before it:

On behalf of Audubon Florida, I am writing today in regard to the Sabal Trail Transmission Project, FERC Docket No. CP15-17-000, which will provide transportation services for power generation needs to Florida Power & Light and Duke Energy beginning May 2017. Audubon Florida, recognizes that natural gas generates far fewer emissions than coal and oil and is an important part of a national strategy to reduce carbon emissions.

That still looks to me like Audubon Florida “strongly support”s Sabal Trail, even if it removed the clause that explicitly says so. Such support for a fracked methane pipeline is very puzzling for an alleged environmental organization, since it was already well known through peer-reviewed scientific papers and electric utility industry publications that solar and wind can make coal go away with no need for natural gas.

Both of those October Audubon Florida letters were signed by “Charles Lee, Director of Advocacy”. The same Charles Lee whom WWALS found negotiating with FDEP in FDEP’s response to a WWALS open records request for all correspondence about Sabal Trail’s application for a permit to bore under the Suwannee and Santa Fe Rivers and to traverse other state lands such as Suwannee River State Park. The same Charles Lee who told WWALS Audubon Florida would not join in the WWALS petition against that permit.

So why did Audubon Florida try to revise the record of its own undermining of WWALS, Sierra Club, and many other organizations and individuals who continue to actively support property rights and the environment? Susan Salisbury, Palm Beach Post, 6 October 2015, Audubon Florida neutral on Sabal Trail pipeline, support was in error,

Audubon Florida does not support Sabal Trail, a $3.5 billion natural gas pipeline slated to extend from Alabama to Florida, but is taking a neutral stance on the project, the group’s executive director Eric Draper said Tuesday.

Draper said that position was a mistake due to miscommunication between him and advocacy director Charles Lee.

Tuesday Audubon Florida submitted a revised letter to FERC that was identical to the first except that the sentence expressing its support was removed.

“We are taking a neutral position on the need for a pipeline,” Draper said. “We took an active position on making sure the pipeline was not routed through habitat we were concerned about.”

That would be the same Eric Draper who signed yesterday’s letter asking people to stop calling the Florida legislature. As I noted back in October, Draper and Lee may have gotten Sabal Trail to move off some wetlands, but apparently cow pastures and the Suwannee and Santa Fe Rivers are of no concern to Audubon Florida. Draper’s day-later revision to Lee’s FERC letter also removed “and therefore has our support” from this sentence:

The project as now designed resolves any of our prior stated concerns regarding wetlands, protected species, and mitigation, and therefore has our support.

Even without the final clause, that whole letter to FERC sure looks like support from Sabal Trail by Audubon Florida, not to mention Not In My Back Yard (NIMBY) and the rest of you are on your own. 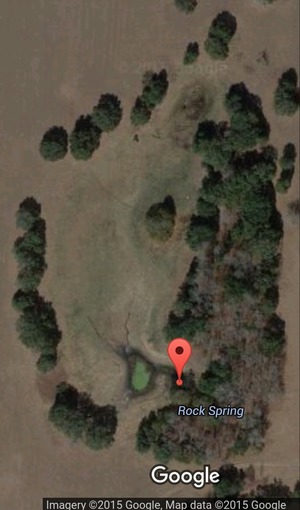 It looks to me like we need more calls and letters to local, state, and federal legislators and elected and appointed officials, not less.

Since Florida Audubon has previously tried to rewrite a public message, below I record the complete text of Eric Draper’s published letter of yesterday.

Your messages about selling and trading conservation lands were heard—thank you.

I saw this curious Florida Scrub-Jay yesterday
on some well-managed conservation land.

So many people sent messages to legislators about the surplus public lands bill we were asked to halt the alert. Putting thousands of emails into legislators’ offices gets attention, but we have to shift our focus to debating the issues with Governor’s Scott’s agency leaders and the bill sponsors.

I want you to keep this debate going. Because there seems to be a disconnect between Tallahassee and the people who use public lands.

We depend on state agencies to manage and make available to the public five million acres of state-owned conservation lands. Most Floridians and visitors love our parks, state forests, and wildlife management areas. And most public land managers do a good job taking care of those special places.

But over the past few years, agency leaders and legislators have come to see parks and public lands as a financial burden.

In spite of overwhelming public support for the Water and Land Conservation Amendment, large state revenue increases, and population growth, agency budgets are stingy with funds for conserving and managing natural areas.

Now, we see an agency bill that while “cleaning up” agency rules, proposes new ways to reduce rather than increase conservation lands.

Yesterday I looked at a large parcel of poorly managed conservation land in Central Florida. The bill would use that poor management as a reason to sell the land. Wouldn’t it make more sense to just take care of the land so that people and wildlife can enjoy it?

In public meetings, people tell agency leaders and legislators that we need more not less conservation lands for recreation, wildlife observation, and even hunting. But the near-moratorium on land acquisition and persistent efforts to sell or trade conservation lands are a higher priority in Tallahassee.

So my request to you right now: hold off of the emails to the committee, they know you are paying attention. On Monday at 3 pm, watch the House Agriculture and Natural Resources Appropriations subcommittee meeting on The Florida Channel. And reward yourself this weekend, as I will, by visiting one of Florida’s parks or other public lands.

Thank you for caring.

3 thoughts on “Audubon speaks for the Florida legislature now?”