The Lowndes County Commission is voting tonight on an easement for the Sabal Trail fracked methane pipeline through a mercury-contaminated closed landfill. 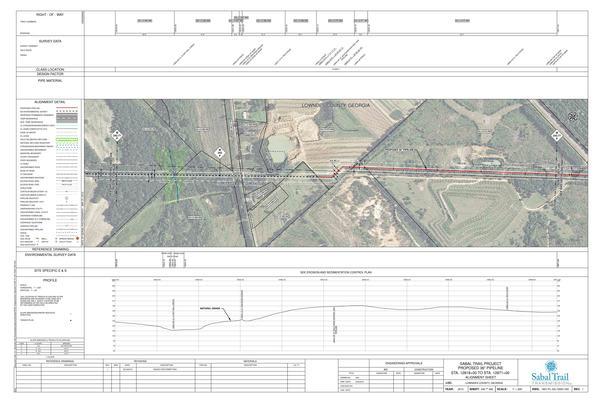 They only gave one day’s notice, and they didn’t mention the landfill. Here is the letter (PDF) I just sent them asking them to reject that easement, to support their own previous unanimous resolution against Sabal Trail, and to contact state and federal elected and appointed officials and ask them also to reject Sabal Trail. You can write them, too, to commissioner@lowndescounty.com.

To: Lowndes County Board of County Commissioners,

Tonight please vote to support your own resolution that you passed unanimously in December 2014 saying you do not want the Sabal Trail pipeline anywhere in Lowndes County or the State of Georgia. There is no reason to rush to take any payment for an easement now, when there are still at least two Georgia state permits and two federal permits not issued for Sabal Trail. Especially not for an easement through the closed Clyattville landfill, which is in a Floridan Aquifer recharge zone, and has mercury and other toxic wastes named in its listing on the Georgia EPD Hazardous Sites Inventory.

Chairman Bill Slaughter wrote to the Federal Energy Regulatory Commission (FERC) 14 April 2014 that you the Lowndes County Commission represents all the Citizens of Lowndes County. In that letter his point #11 was:

“All work to be accomplished inside the boundary of the closed Clyattville Landfill must be permitted and approved by the Georgia EPD as a part of Lowndes County Post Closure Care Plan.”

Where is that GA-EPD permit? In addition, GA-EPD has not issued a permit for the Albany compressor station, and the GA-DNR easements for drilling under Georgia rivers and creeks have not been finalized by the state Land Commission nor by the legislature, nor has FERC issued a permit, nor has the U.S. Army Corps of Engineers.

It is disturbing that the county did not even mention that the subject property is that closed landfill hazardous waste site, neither in yesterday morning’s Work Session, nor in the front page story in this morning’s Valdosta Daily Times, even though Sabal Trail’s own maps compared to the county Tax Assessors maps clearly show Sabal Trail wants to go through that landfill.

In addition, one day’s notice with no public hearing does not seem adequate for a decision of this importance.

Please do not vote to facilitate Sabal Trail taking easements from local landowners or drilling under the Withlacoochee River, Tiger Creek, and the already-polluted Jumping Gully Creek. Please vote to reject Sabal Trail’s offer for an easement through the Clyattville closed landfill. Please vote to support your own resolution for the people, property rights, and waters of Lowndes County and against Sabal Trail.

In addition, I ask you to write to the U.S. Army Corps of Engineers asking them to deny a permit for Sabal Trail, since they are still soliciting input from elected bodies, to the same addresses as noted in my letter to you of 10 December 2015.

And please ask Congressman Austin Scott (GA-08) and both of Georgia’s Senators to join the four Georgia Congressmen who have already written to FERC’s Commissioners asking them to fix FERC’s broken process or deny a permit to Sabal Trail.

Because it seems likely that Sabal Trail has been telling you the same kinds of things FPL has been telling the Suwannee County Commission, I am also including some information I sent them recently, about peer-reviewed plans for how solar and wind can replace coal with no need for natural gas.