PROFESSOR OF URBAN DESIGN and planning Rahul Mehrotra has been involved with restoring historic palaces, writing a law on historic preservation in Mumbai, and crafting a conservation master plan for the Taj Mahal. Harvard recruited him in part for this expertise, and this academic year, with Noyes professor in architectural theory Michael Hays, he has launched a conservation track for Graduate School of Design (GSD) master’s students.

Conservation, he says, is not the same as preservation, which focuses on protection and repair. Conservation is broader and richer, combining historical integrity and creativity to develop narratives connecting the present with the past.

Historical narratives like connecting the previous Alapaha River Trail from the 1970s to the new Alapaha River Water Trail we’re all building. 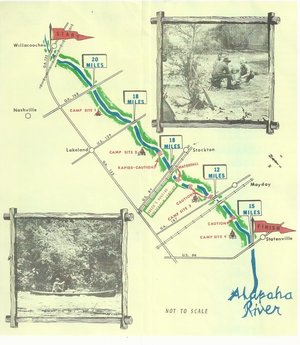 Some things are different: the new Water Trail starts at US 82 and continues into Florida all the way to the Suwannee River, with three more boat ramps (Alapahoochee, Jennings, and Gibson Park), plus some more access points in Georgia, while GA 187 for Mayday is more questionable. And issues such as insurance liability and invasive species weren’t nearly as prominent forty years ago.

Just yesterday we learned who did the previous trail and some other points that have changed. More on that later. 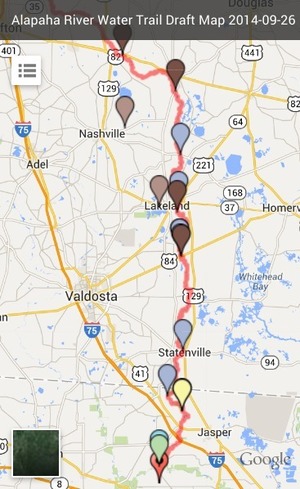 The purpose of WWALS is not to preserve everything exactly as it always was. Many things have already changed, and the conservation may involve adding new things, such as the new, extended, Water Trail.

Way back two years ago before WWALS incorporated, we had many discussions about the purpose of the group, for which I wrote this:

Remember, the biggest problems in our watersheds are not traditional pollution point sources like the Rayonnier plant on the Altamaha. Our problems are more distributed, having more to do with invasive species (some still being sold in local nurseries), waterway neglect (dams of fallen trees due to erosion ending up causing flooding), agricultural runoff (erosion dirt and pesticides), forestry runoff (due to clearcutting and pesticiding of undergrowth), wetlands destruction (cypress swamp clearing for wood use, agriculture, or subdivisions), and sprawling development (excessive impermeable surface causing runoff along with land clearing removing runoff barriers). Such problems won’t get solved by suing some big plant, and many of them aren’t pollution at all in the traditional sense. Is water a pollutant? How about Chinese privet? Or native oaks blocking a creek? Such distributed issues require getting the public and many other parties to work together, and first finding out where the problems are, how bad, etc.

And to even see such problems, we need more people out there on the rivers and lakes and streams watching what’s going on, fishing, swimming, boating, and enjoying our marvelous blackwater rivers and exotic vegetation and wildlife. 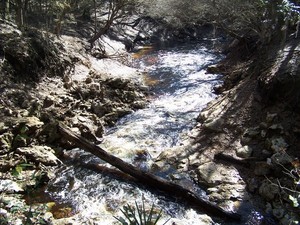 Our next outing is to the Alapaha Sink, where the river goes underground south of Jennings, Florida. Come join us!